If you want to be the boss you have to look like a boss. This beard style starts with the faded sideburns that are trimmed on the outer edge.

Include a deep side part and the beard will instantly add the look of simplicity while still commanded attention and respect at the same time. 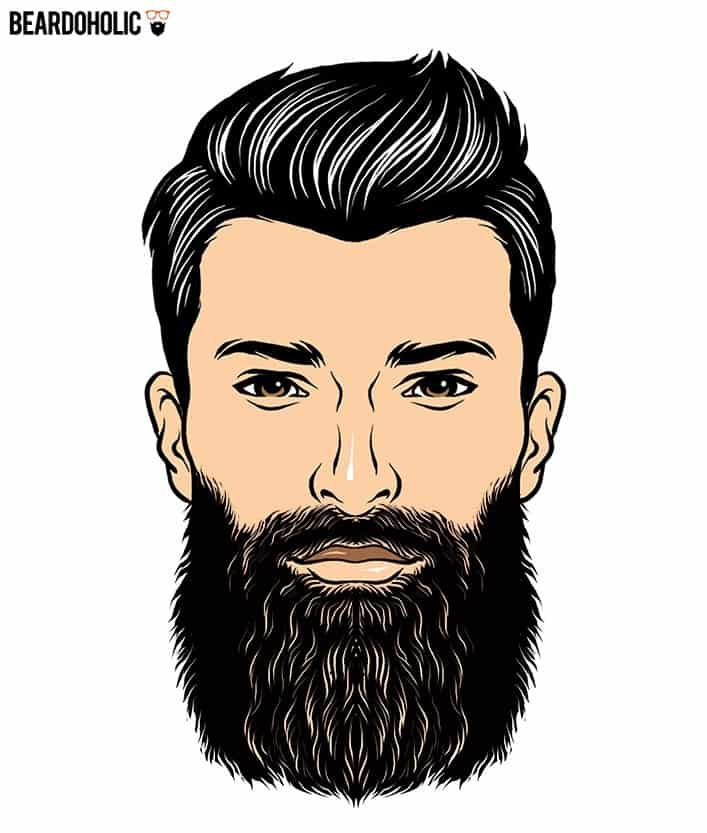 This long beard style is perfect for the guy who wants his beard to start high up by the sideburns. Trim the mustache and allow the beard itself to flow long so it can be shaped at the bottom with a square cut. The end result is manicured and neat. 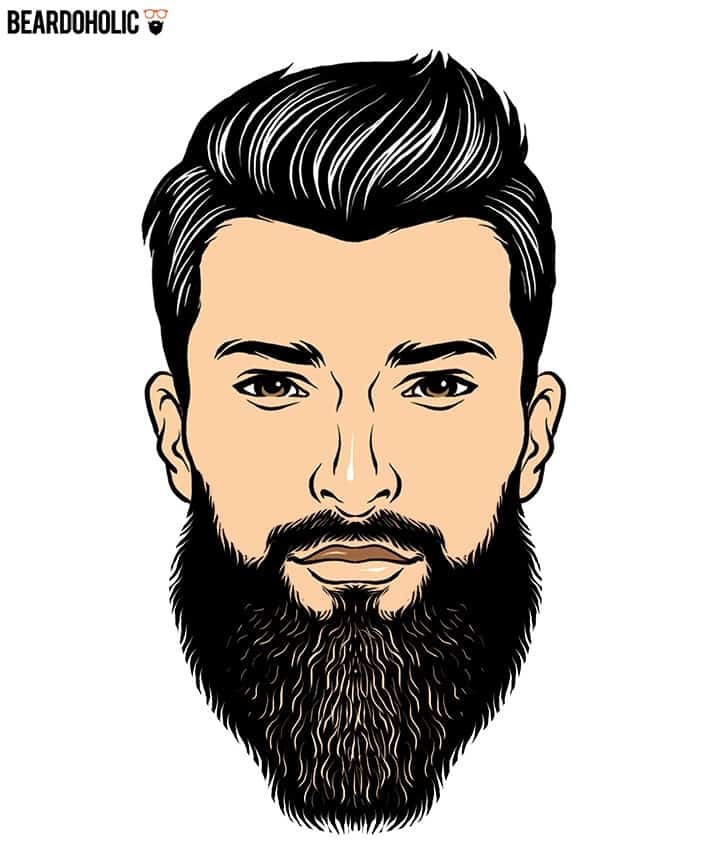 The Houston Rocket’s guard has a long beard that makes him easy to spot on a crowded basketball court. The beard grows long from the sides and neck, shaped to the jaw line from a distance to look both reckless and controlled.

The longer the beard the better, the key is shaping the bottom with a squared edge. It is important you know at the onset this is the style you want because the neck beard can be challenging to grow for some. 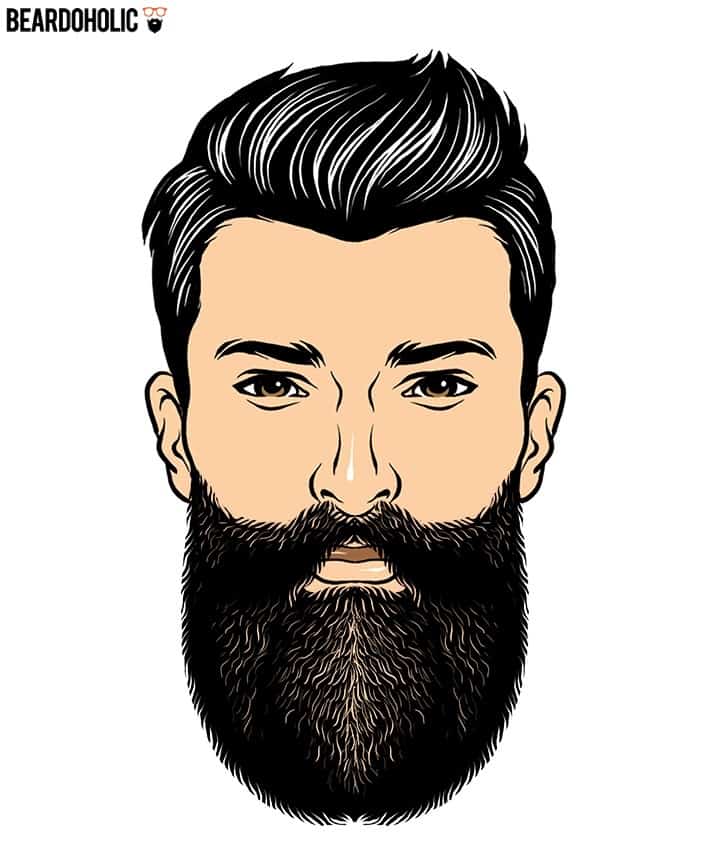 The polished full beard look has a wild yet controlled feel about it. The beard itself grows wild but along the edges, it is carefully trimmed to give it a uniform shape using a beard shaper.

The clean lines of beard, both cheek line and neckline mixed with the rough edges is the appeal of the polished look. The mass appeal of this look is that it only takes a little work each day with the trimmer to maintain the style. 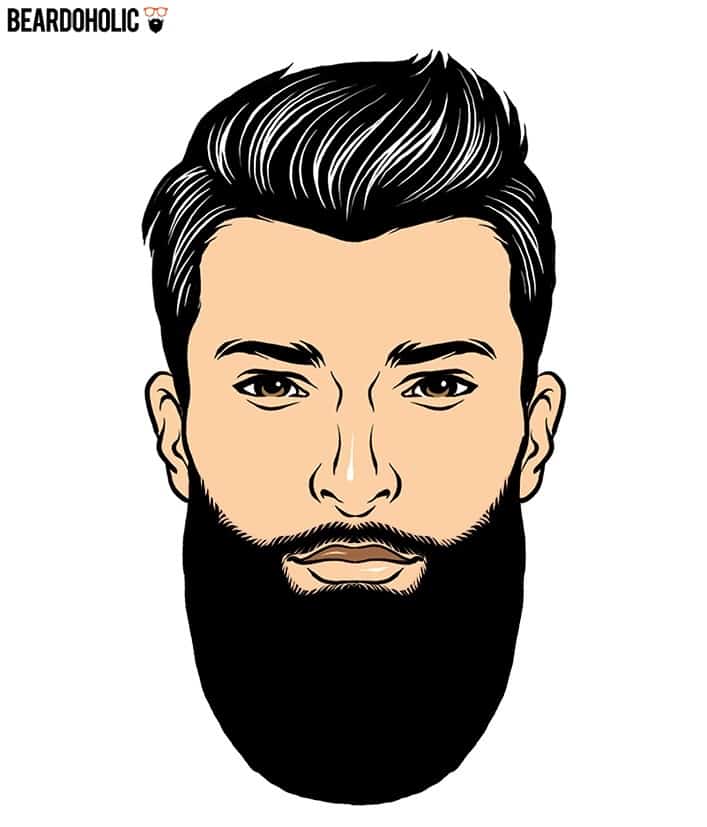 This beard style reaches from the chin to the chest and gives a man the chance to show his roots fading from dark to gray.

The sideburns will extend up with a tight short cut along the side of the head. Coupled with a combed over coif brings a mass appeal. 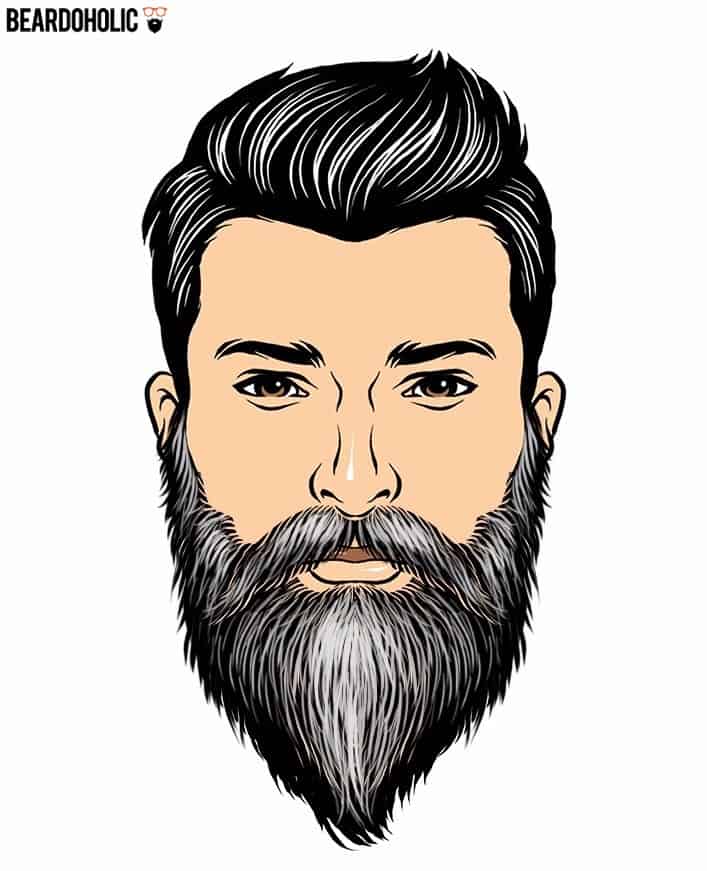 With this uniform long beard style, you take a chin beard that’s trimmed in a way that the mustache and the beard are the exact same length.

When the facial hair is the same length, the overall look screams uniformity even if the hair is left unkempt. This is one of those perfect styles if you are working in an environment that requires professionalism. 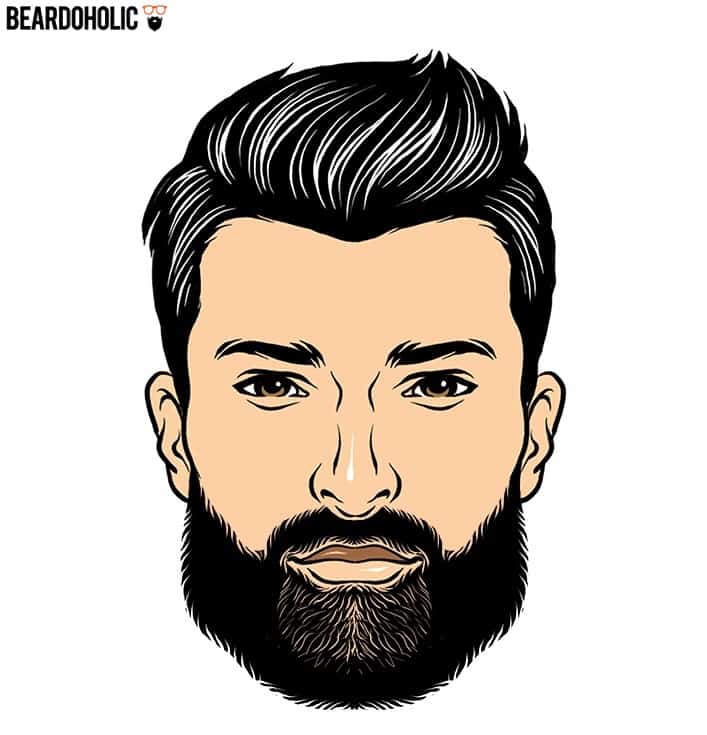 Take about one of the cleanest long beard styles that are growing in popularity this year, the razor’s edge is one that takes precision care and skill to master, but the end result is nothing short of spectacular. 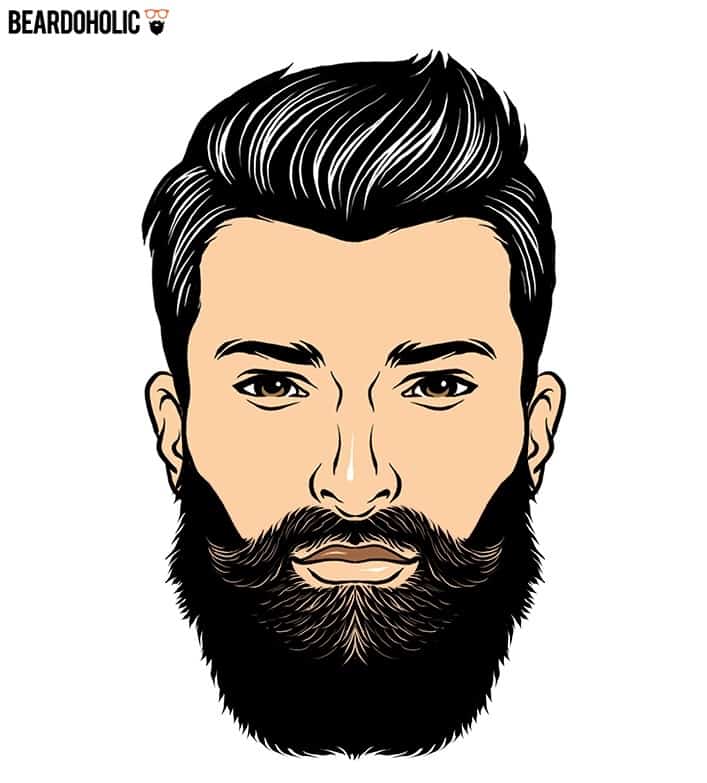 The woodsman or lumberjack beard style starts with very narrow sideburns to bring the beard to the forefront. The beard is grown out and trimmed to give it that uniform length. Sideburns are trimmed low, then faded to the beard so it has almost a seamless appearance but wild feel. 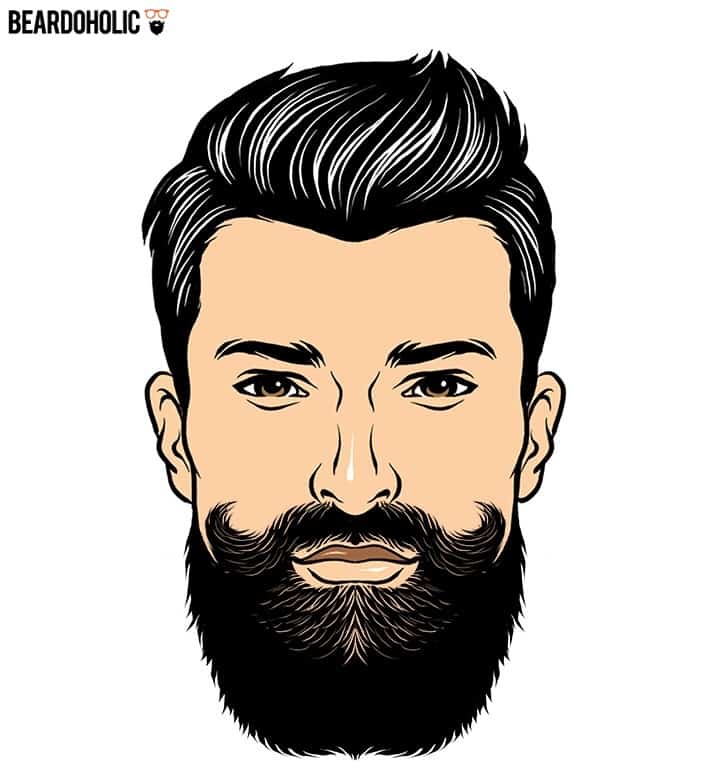 The big attraction to the clear outline beard style is the minimal work involved to maintain a killer look. The beard is left to grow as long and as wild as you desire, the key component is trimming all the edges so a clean outline is left. Minimal work each day is required to keep the appearance looking polished. 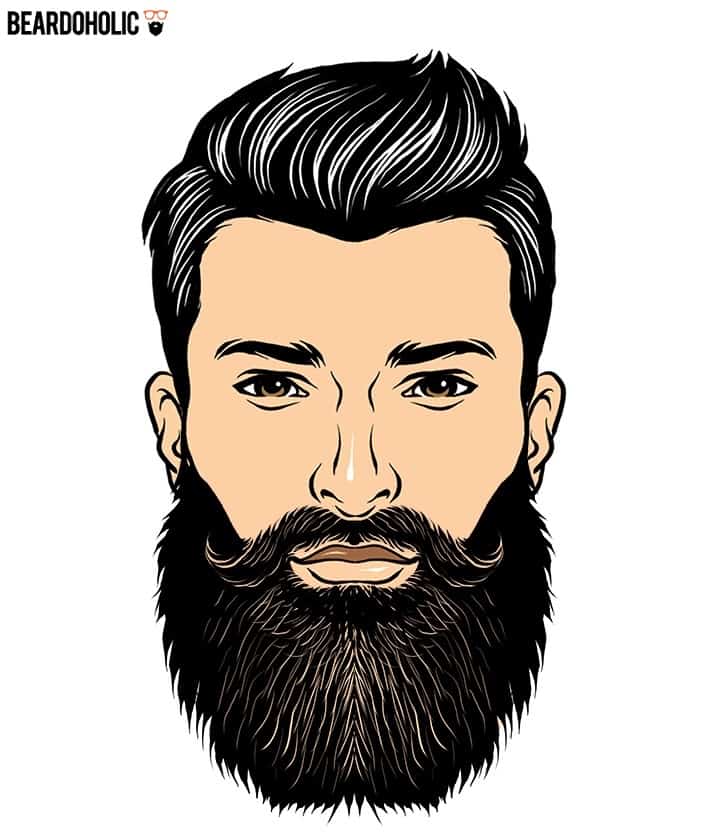 The warrior long beard style is everything that you imagine when you think about the Vikings taking control of a region with their fierce appearances. The beard is grown especially long, with the ends braided to give even longer length.

Two long braids take the time to maintain, but they strike fear in any mortal man who tried to challenge the warrior for command of the room. 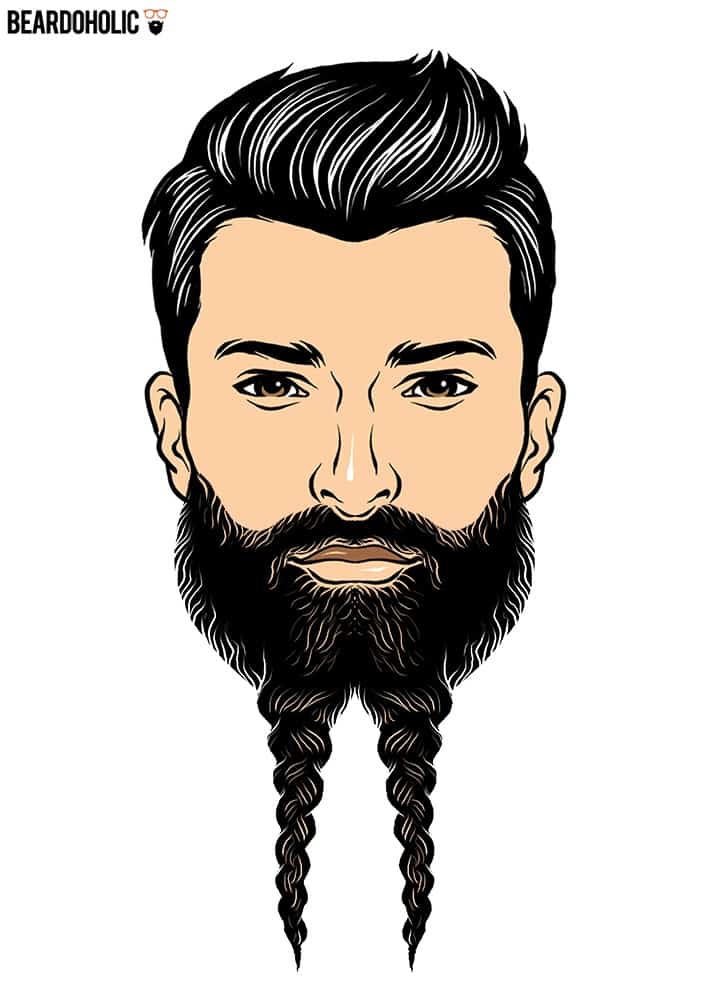 Related Article: How Long Does it Take to Grow a Beard

The handlebar mustache has long been associated with villains and bad guys from silent movies of yesteryear. Coupling the wild handlebar mustache with a well maintained long beard can give you a look of mystery that appeals to many.

Using some beard wax to curl the mustache high above the beard will create a focal point that is unrivaled by other beard styles. The more wax and the more twisting you do, the more the mustache will jump to life from the rest of the facial hair. 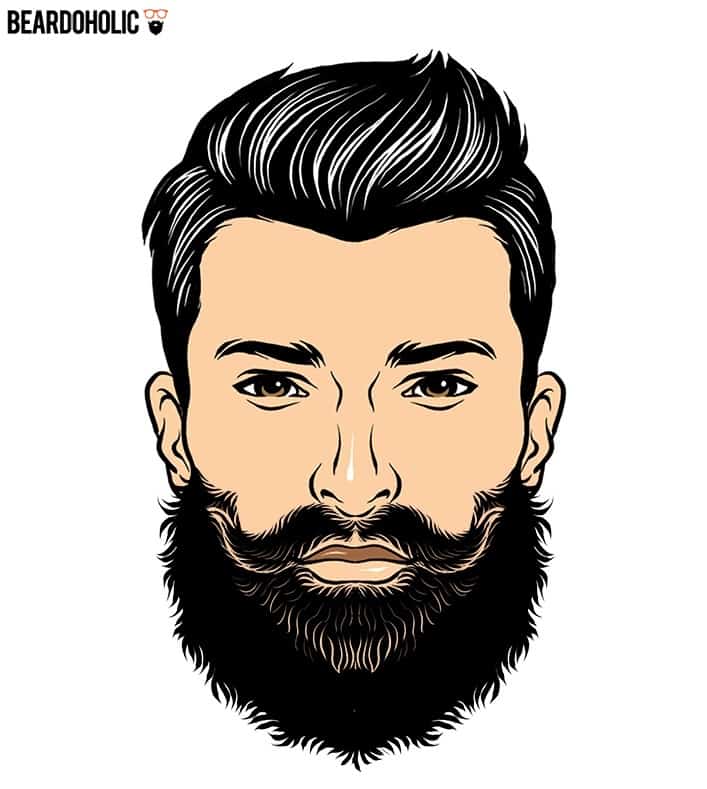 This unruly long beard style features a styled trimmed coif with a wild beard. To maintain this look it takes a very special balance between dysfunction and order.

The beard is to be left disheveled, the fade on the sideburns is combined with neatly combed hair. The wilder the hair and the longer the beard, the better the overall look can be pulled off. 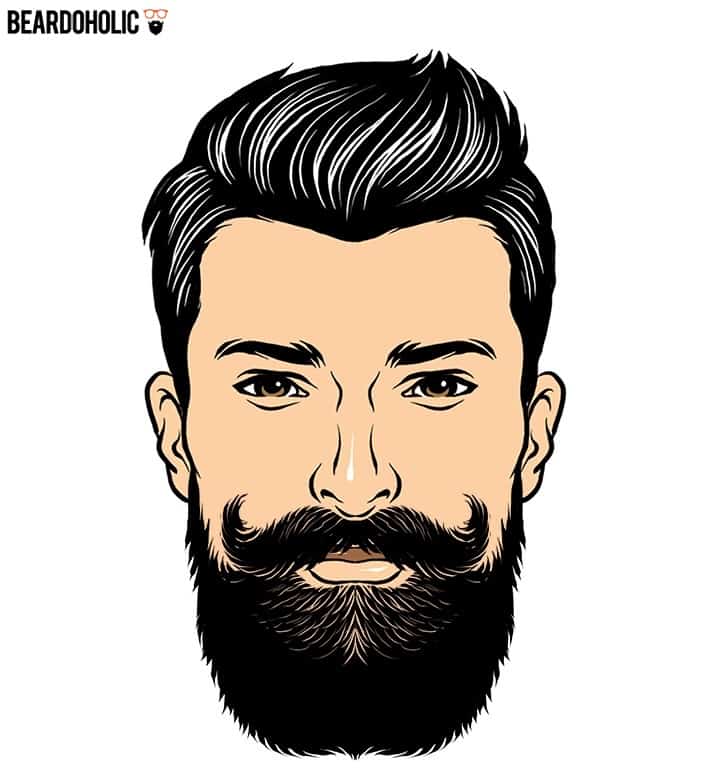 If you are looking for a long beard style that is eye-catching and requires minimal work, the wild & carefree style is perfect for you.

This beard style combines zero effort in styling with basically working in a side part for a little class. The beard can be grown long and the hair can grow wild, but honestly, the less that you do here the better. 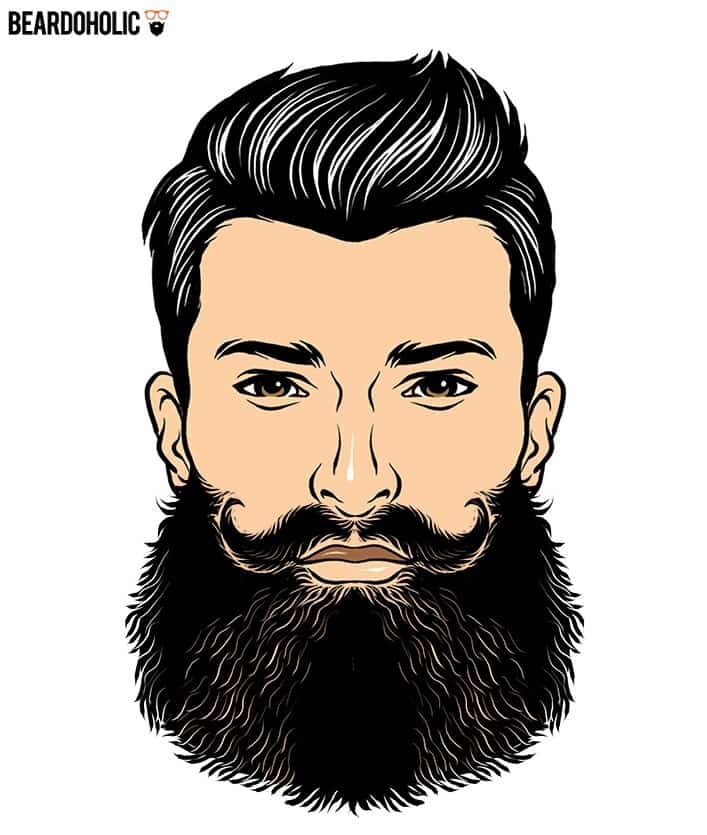 The taking charge beard style will take even a mortal man and escalate him to god-like status. To take advantage of this amazing beard style, grow the beard out as long as possible while keeping the outline perfectly trimmed. The mustache needs to be trimmed to be shorter than the beard, then curled up on the edges with beard wax. 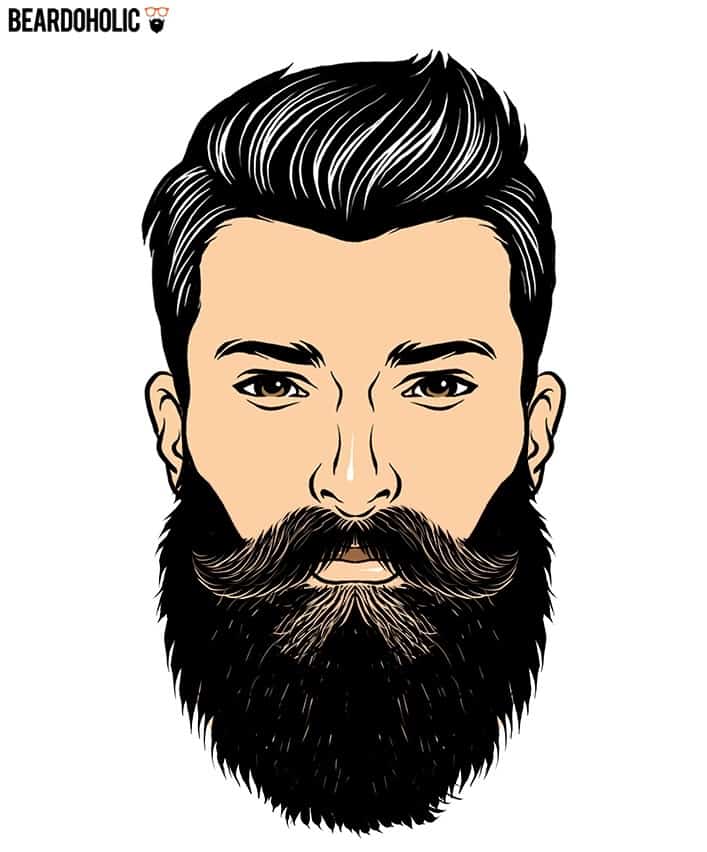 To take advantage of this amazing beard style, the beard needs to be grown out with the mustache so they achieve the same length.

The beard must reach the chest and groomed daily to eliminate any tangling. A slick back hairstyle will allow the burliness of the beard to really take charge. 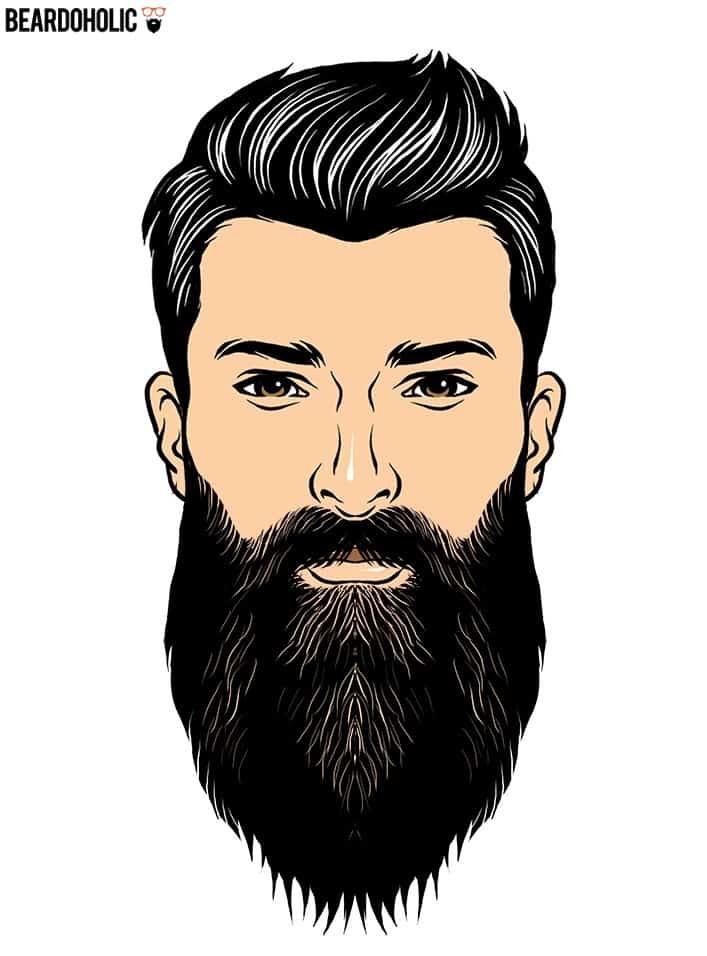 Looking for an edgy beard style that works well with a bald head, the daring to be bold look is a perfect choice. This cool long beard style is a combination of a very long beard with long mustache.

In order to maintain this look, you begin by trimming all the edges and keeping your head bald. Be sure to let the mustache to grow out so the beard will have a nice variation in texture and length. 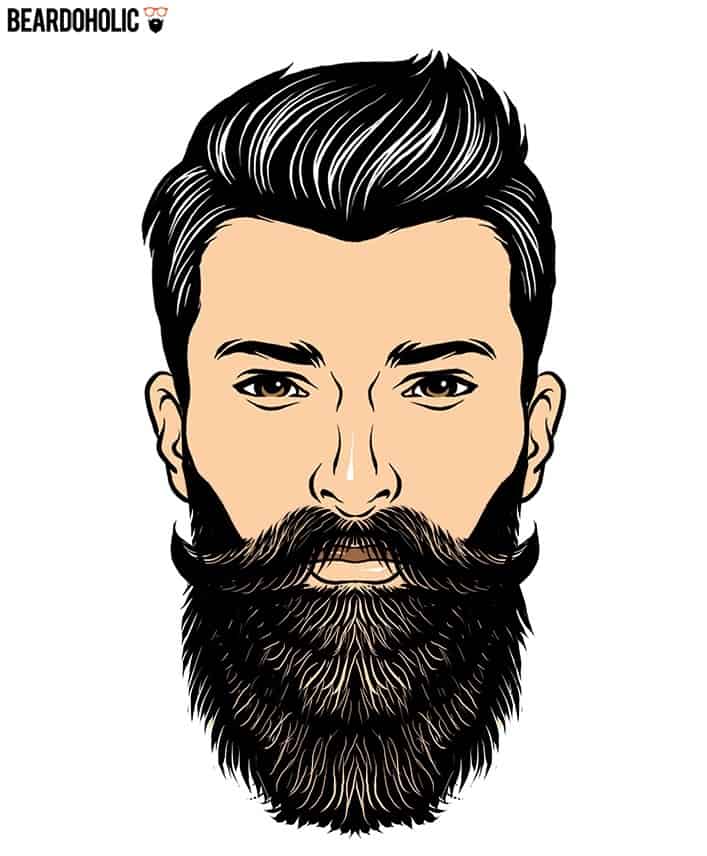 If you want a lengthy beard that screams manliness, the two-tines long beard is the way to go. Whether you color the beard or use your natural color, the mustache, and the beard will be the same color at the roots, but then gray as we get closer to the middle and ends. 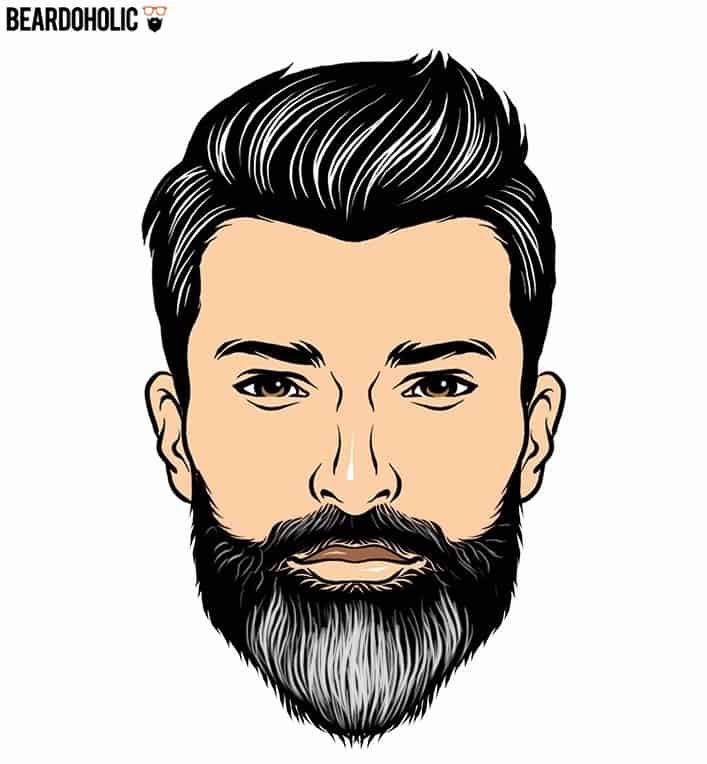 18. Getting to the Point

This amazingly long and wild beard has a straight appearance that is easy to achieve and maintain. First, begin combing through the beard so that all the tangles are removed, The texture of the beard will be maintained will the length will long and neat. 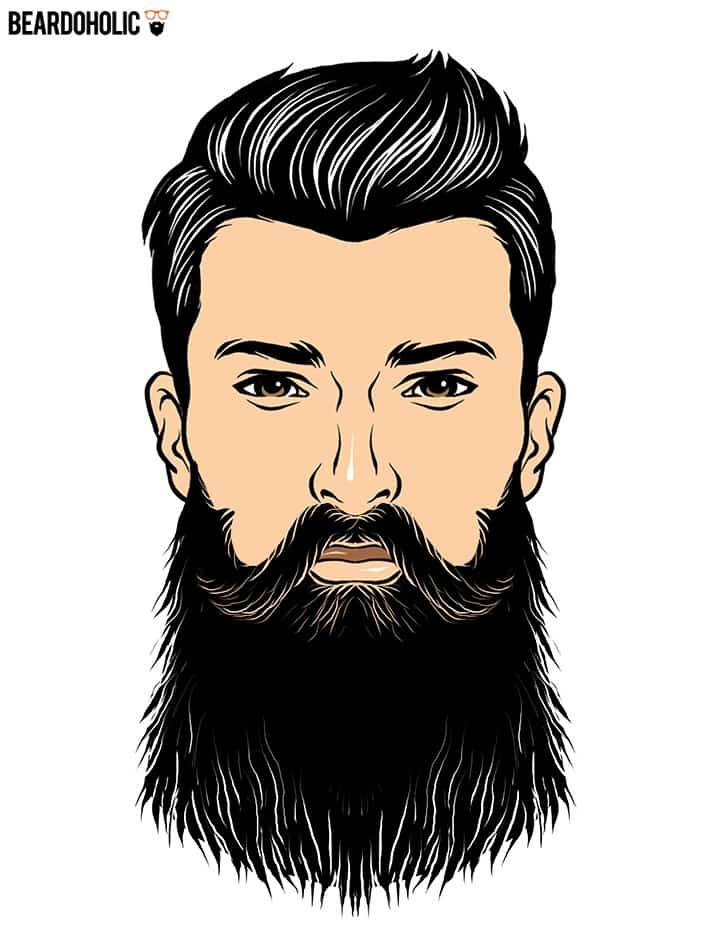 The faded is a longer beard style that features faded sideburns combined with a fun curled mustache. To successfully achieve this cool look, the beard must grow out and then is a fade to the sideburns.

Next, trim the beard so it’s about the same length, but make sure to trim the mustache a little shorter to make a modest curl. Use curling wax to curl up the ends of the mustache but not quite as far as the handlebars. 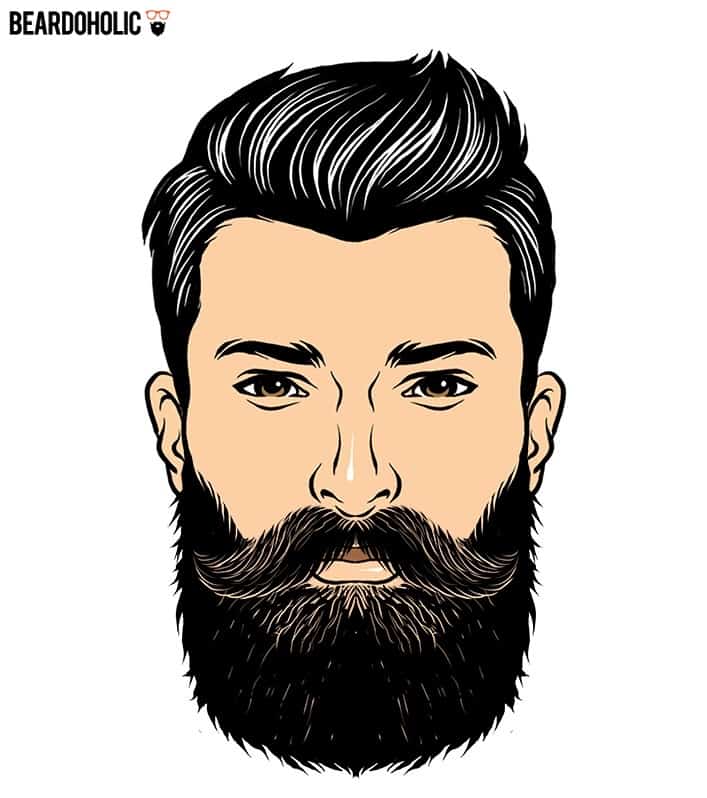 If you are looking for a full long beard that is a manly man’s beard, look no further than the rebel. The look of the rebel is everything that you imagine when you picture a guy with no cares in the world. The full beard thins out fades as it extends to the hairline.

To do the rebel look, begin by growing the beard out and trimming the hair so it is shaped and about the same length. The key to pulling off this style is the trimmed outline, so make certain to keep the lines neat and clean as often as possible. 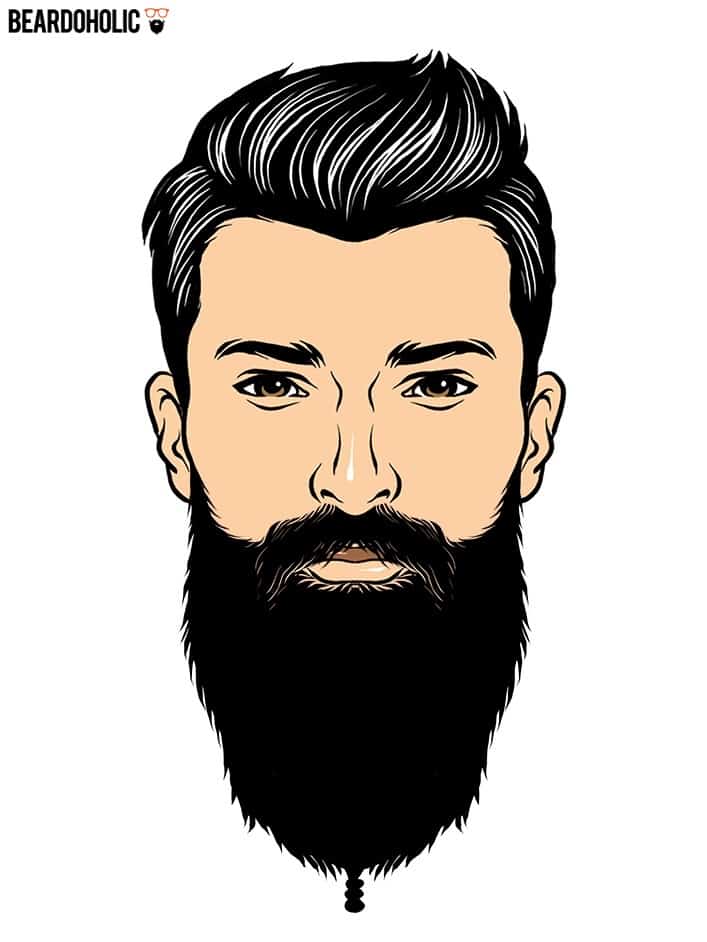 The wave long beard is exactly what you expect when you picture it in your mind, an endless cascade of hair rippling downward towards the chest. This beard is more than a full beard with a goatee that has a cool wave pattern.

To easily achieve the look, all you have to do is twist or braid the beard and leave it to set overnight. In the morning, unwrap the beard and fluff it out to bring out all those endless waves. 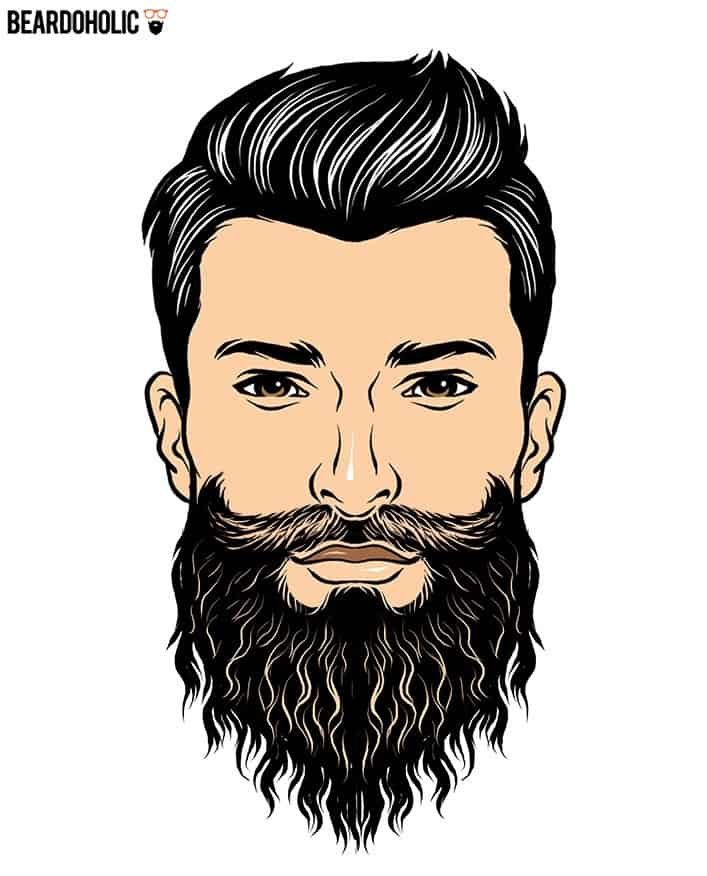 If there was any long beard style that sounds exactly how it looks, it would be the larger than life beard style. This full beard does include tapered sideburns with a natural outline. To pull off this very powerful look, the only thing that you really need to do is to let the facial hair grow out as long as possible.

Comb out the beard as it grows, trim the sideburns, and it will have the desired tapered look. This wild style is not for the weak at heart or those confined to the rules of a strict work environment. 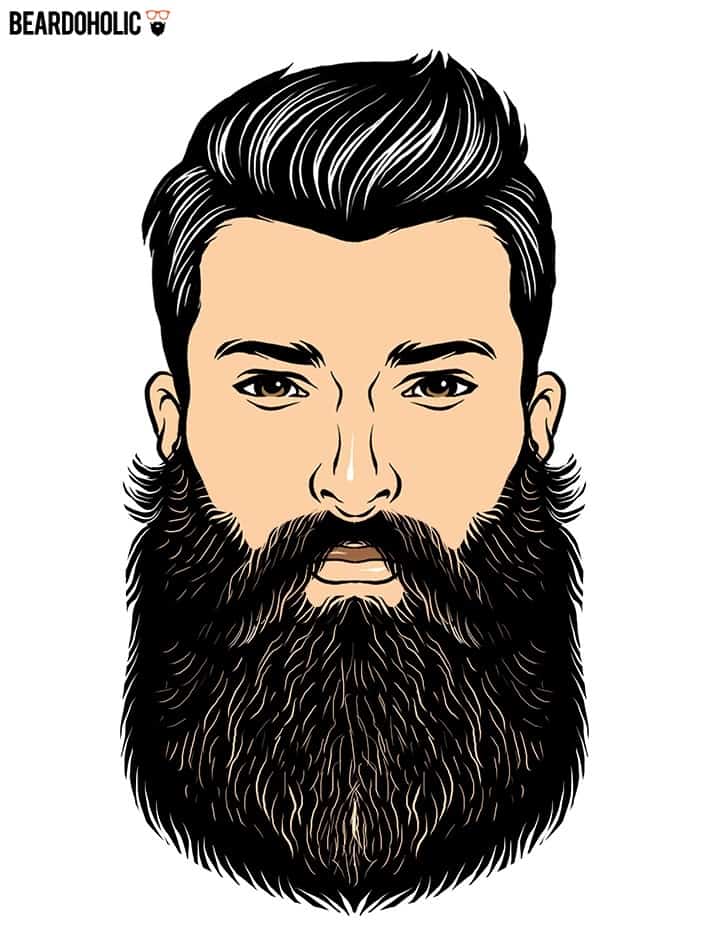 Most likely the longest of all the long beards, the all-in beard style is just a real man’s expression of his freedom and independence. There really is zero maintenance required other than growing out the facial hair naturally and combing it out for a full look.

The sideburns can be trimmed short to help bring out the fullness of the beard, but after a few weeks, the beard will simply command attention and become the focal point of your look.

Related Article: How To Choose The Best Beard Comb 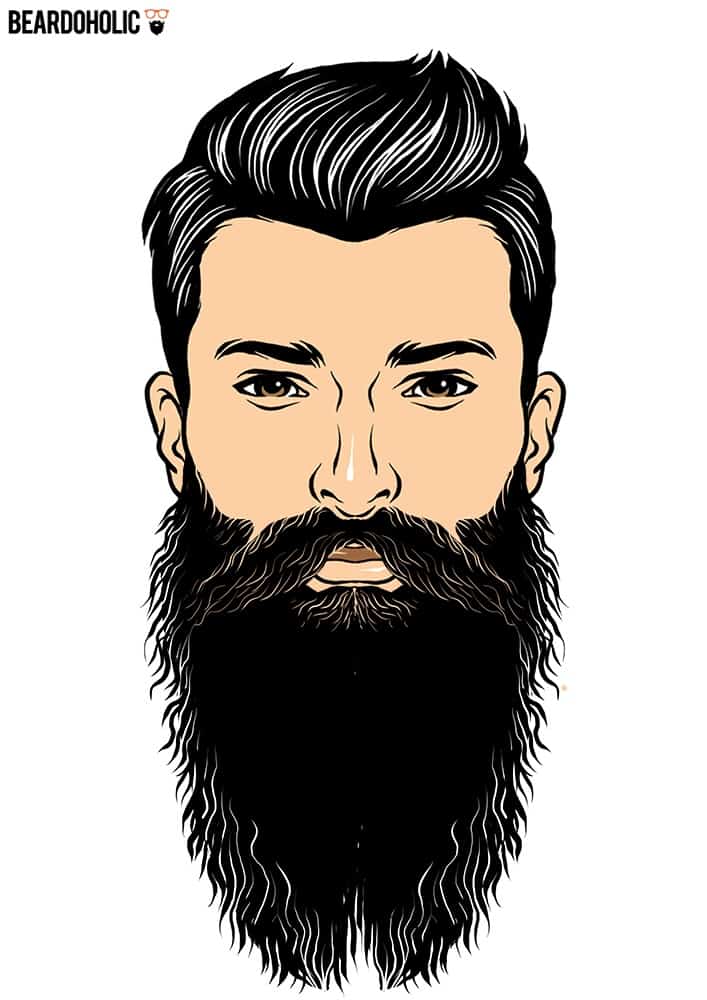 If you want to pull off the hipster, it is important to try and balance the control of the coif with the wildness of the beard. Allow the beard and mustache to grow to the same length so that they easily blend together and are not distinguishable from one another. 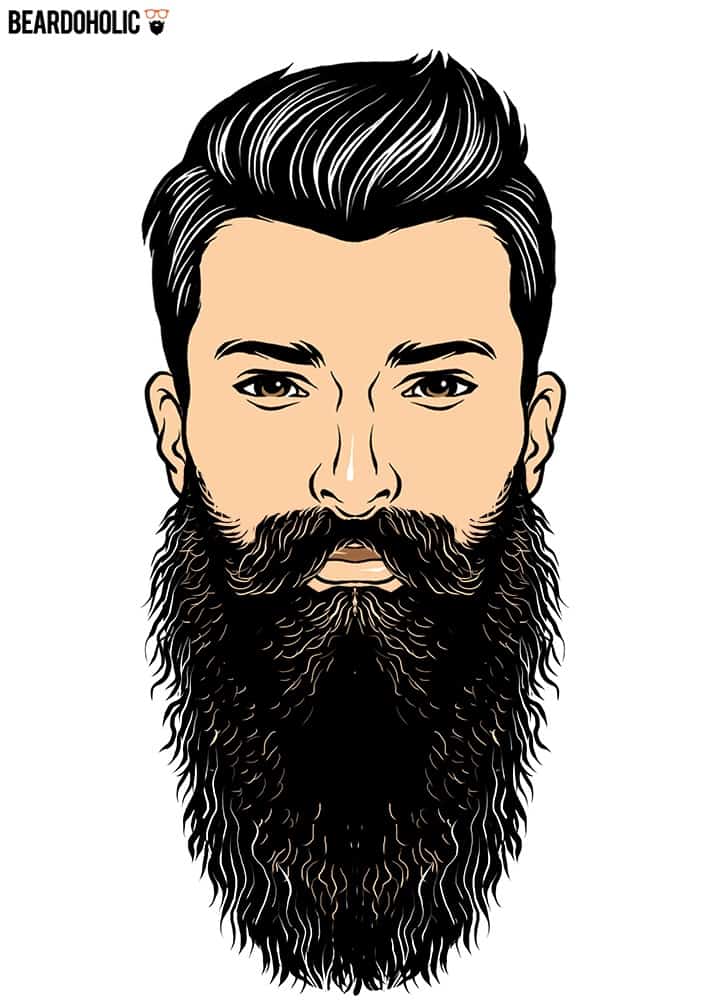 One thing that you should consider when you are trying to grow and maintain the long beard styles is that the more trimmed and healthy the hair, the easier it will be to pull off the desired effect.

What is On your Mind?